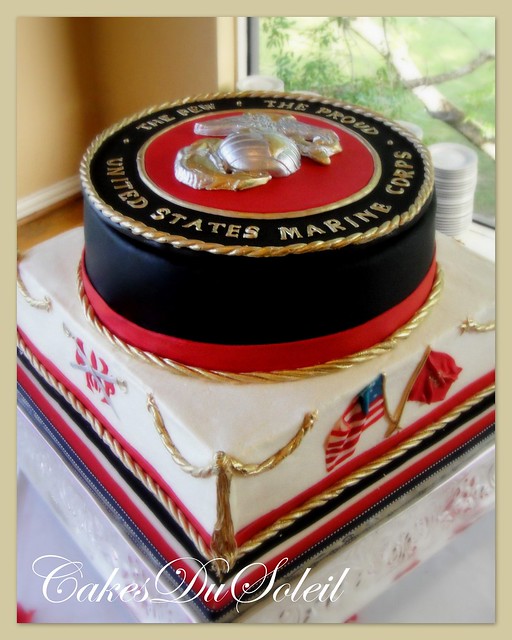 Just recently I had an unusual cake request-- a 14" Golf Ball Cake made of red velvet and filled with cream cheese. I, of course, said that I would be happy to deliver such a cake. But knowing everything that could possibly go wrong with a large round cake, my mind went into overtime thinking of every scenario that could go wrong and how I might avoid disaster!
However, I have do a few essential cake tools on which I rely; and I think every cake decorator should own for his/her peace of mind!

You see, The better the tools the easier the job!

Maureen Agbay is a cake decorator. Watching her work and seeing her Wedding Cake business escalating, her husband, Tony, decided to come up with an easier way to level a cake. He did just that, devising a wonderful and easy system to level and torte a cake at the same time.
Now the Agbay Cake Leveler has taken the struggle out of leveling a cake. To view how the Agbay works, click on this link:
http://www.agbayproducts.com/
This product is well worth the investment!! I asked for this for my birthday present last year, and glad I did!
***********************************************
STRUGGLING WITH FONDANT?

Another tool to make the cake decorators life easier to manage is the Fondant Lifter from ChocoPan. 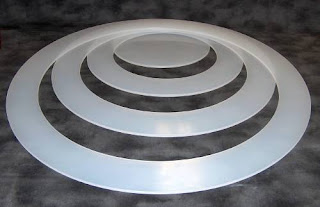 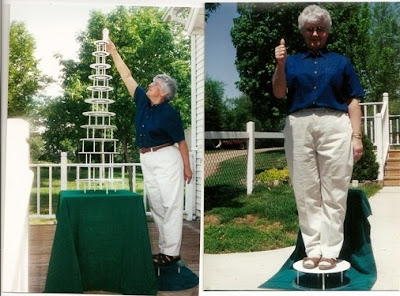 Instead of pushing in and cutting dowels, just measure the depth of your cake, screw in the plastic legs to the stainless ring measuring to the the exact depth. Then just center over the top of the cake and press in. Not only does this system save time, but the energy of worrying about the stability of your tiered cake!
Click on this link for more information on how to use Stress-Free Cake Supports:
http://www.weddingcakesupports.com/
I recommend this support system for any tiered cake delivery! Every cake decorator deserves the ease of Stress-Free Cake supports.
*********************************************
And Oh, the golf Ball Cake?? A complete success! 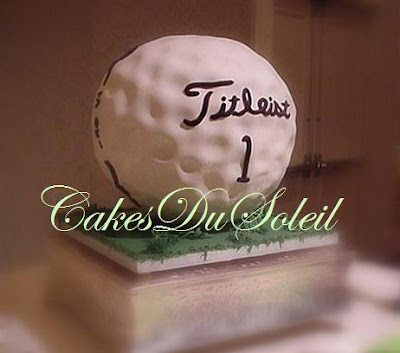 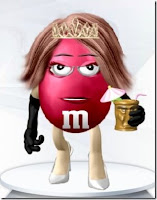 Here is the link to personalize your own look
on everybody's favorite candy--the M&M!! 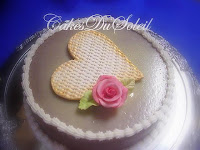 My Grandmother made the best sherry cake I have ever eaten.
After she passed away, I found her prize recipe.
Although her recipe was a doctored cake mix, her secret to
this very special cake was the thin custard she drizzled over
the cake while still warm.

I decided to recreate her cake by replacing the doctored cake mix with a recipe using all ingredients from scratch.
Here is the result:

Preheat oven to 325 degrees
In a small bowl, whisk together flour, almond flour, salt, baking soda and baking powder; set aside. With mixer, beat cream cheese until smooth; add sherry and incorporate into cream cheese, then cream in butter and add oil in a stream until emulsified.
Add sugar and beat until fluffy. Add eggs, one at a time. Add dry ingredients gradually until mixed in, then add vanilla.

*Pour into a prepared 9" pan ( greased and floured ) and bake for 30-35 minutes until cake tester comes out clean.
Place on cooling rack, and while warm drizzle sugar syrup over cake. Allow to cool to room temp, then drizzle custard icing over all.

In a small saucepan, bring sugar and water to a boil, stirring until sugar dissolves. Add sherry and vanilla.

Stir milk and flour in heavy saucepan over med heat, stirring constantly until thickened to the consistency of heavy cream; add sherry and stir until well thickened. Cool until just warm.
In a small bowl, cream butter and sugar together until light and fluffy with a mixer. While beating, slowly pour in warm custard sauce and continue beating until smooth. Cool to room temperature.
Pour over cake.

The sun washes over my face; the air is cool and crisp this morning in Washington DC, as I round the corner to find a long line in front of the Holocaust memorial. Taking my place at the end of the procession, I savor the spring sun covering the city with its warm glow. Those standing around me joke and chatter like magpies as the line moves forward; but upon entry, the severe, cold grayness of the museum marks a striking contrast to the cheerful daylight outside. The laughter suddenly stops; and a deafening silence echoes through the cold steel and concrete construction. Overhead is a suspended trestle and guard towers are at every corner, sending a shiver up my spine. With uncanny familiarity, I recognize this life-size replica of a Nazi concentration camp. A death camp. The hallways of this monument reverberate with the stories of millions who needlessly died, crying out with unanswered questions. But I already know these images through another man’s eyes, a Holocaust survivor; and his agonizing story echoes from these very walls.
To me, his image is as clear as the day we met in his tailor shop. The gray headed gentleman works steadily, deep in concentration, perched high on a table with his legs crossed. Bent slightly over his work, the Tailor stitches rhythmically; thimble glistening in the lights overhead. He looks up, smiles and hops down from the table. The gray haired man, though short of stature, speaks with adamant authority and seems almost larger than life. His eyes radiate a fierce, warrior-like determination, but his smile betrays a hidden softness. With a deep Dutch brogue, he introduces himself and I become his student.
This Tailor, by trade, is a teacher at heart, and a story-teller by nature. He is a patient instructor, and meticulously inspects all his students’ work. With eyebrows raised, he peers through his bifocals and sees the slightest error. If lessons are tedious, the teacher’s quick wit lessens the monotony. He is a natural storyteller and weaves a tapestry of words in colorful detail, regaling us with interesting tales of his life.

The Tailor’s accounts are engaging, as he recalls the joys of life in a large Jewish family in Amsterdam. He laughingly recalls the antics of his mischievous young schoolmates apprenticing with him during his years in trade school. His face softens and eyes mist as he gently describes his first love; but then his tone of voice changes, becoming staccato, eyes ablaze, as he chronicles his life’s later events. Recapturing the dark days of the Holocaust, he furiously enumerates the atrocities of the cruel labor camps... the unspeakable conditions... merciless beatings...horrendous work details...freezing winters...gnawing hunger... the unrelenting stench of death. Nonetheless, as the anniversary of the death march in Poland draws near, his ardent demeanor changes from fierceness to abject pain.
Now, instead of speaking of past events, he begins to relive them as the original agony returns to ravage his very soul. That fierce warrior, his protector from past monsters, abandons the Tailor during his afternoon nap, leaving him vulnerable to former demons. While asleep, a shadow of a man shivers from nightmares and unintelligible words spill from his pale lips. Awake, he moves about absently, slowly attending his duties in hollow silence. The sorrows of the world line his furrowed brow; and during this dark anniversary, any words he utters remain as mere whimpers until the distress, like a haunting ghost, fades for a fleeting stretch of time.
There in the weighty silence, an unspoken question, like a falling feather, floats about the shop. “Why does such cruelty exist?” A sewing machine roars through the penetrating silence; and its steady moan incessantly echoes the query, “Why, why, why?” But there are no answers, just an awareness of brutal reality that gradually covers the room like a shroud. It moves over my soul like a dark shadow, forever altering my perceptions of the world.
Once in a lifetime, whether by fate or by choice, paths intersect, and you meet another whose life, whose very existence, is so profound that your notions of life and love, of mankind and even God are shaken to their very foundations. For in one man’s existence lay the contradictions of life, and this man I know. My teacher, my friend, Coenraad Rood.

Jacque Benson 1997 all rights reserved
Posted by Jacque at Thursday, May 01, 2008 No comments:

This was a recipe published in the "Sugar and Spice" section of Gourmet magazine many years ago.
It has since become one of my all time favs and was the inspiration for the Recipe for a Happy Marriage!
Danish Spice Cake

Preheat oven to 375 degrees , and lightly butter and flour a 9-inch springform pan.

Make Cake:
In a large bowl, stir together

Bake Cake :
bake cake in middle of 375-oven for 30 minutes. Reduce temperature
to 350-degrees, and bake 45 minutes more, or until risen and brown and
cracked on top. cool in pan for 10 minutes. Run a knife around the side and remove from pan.
Cool cake completely on rack..

Make Filling:
In a bowl, with a mixer, cream together

Spread cream filling on bottom half,
and on the top half spread
1 cup orange marmelade

Reassemble cake and place on plate.

Make Glaze:
In a metal bowl set over a pan of simmering hot water, melt

As chocolate melts, stir in

Transfer metal bowl to set over a bowl of ice and
and stir glaze until it reaches pouring consistency.

Glaze Cake:
Pour glaze over the assembled cake . Spread over top of cake , allowing
excess glaze to drip over the sides.

Chill until ready to use. Bring to room temperature to serve.
Posted by Jacque at Thursday, May 01, 2008 1 comment: 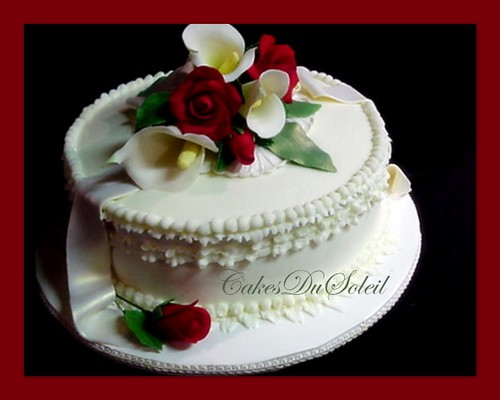 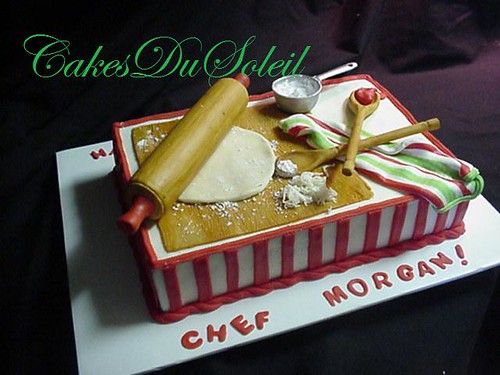 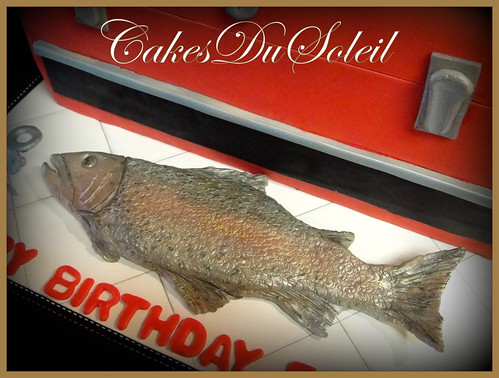 Located in the Dallas/Fort Worth Metroplex 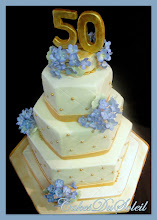 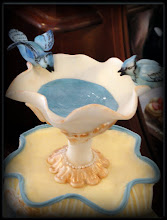 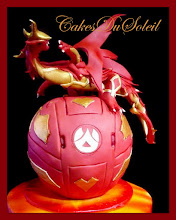 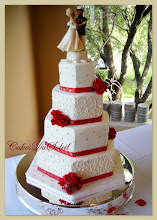 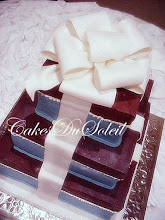 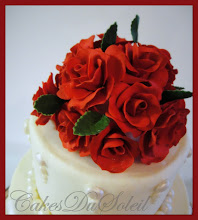 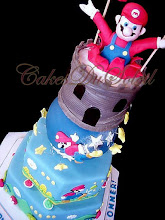 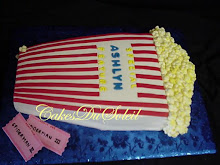 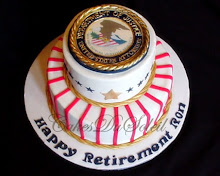 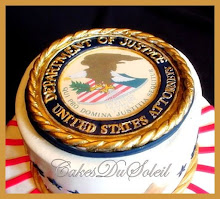 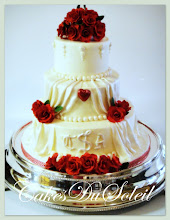 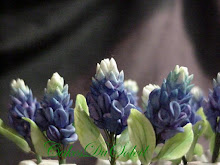 “When you arise in the morning,
think of what a precious privilege it is to be alive-
to breathe,
to think,
to enjoy,
to love-
then make that day count!” 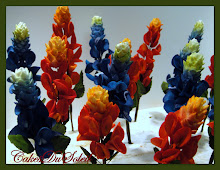 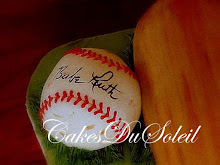 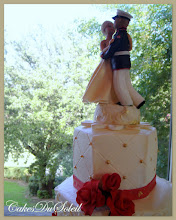 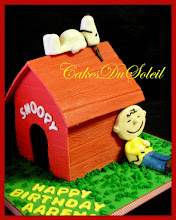 Join me on FB! 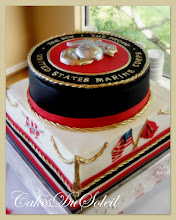 Where in the World are You?

Thank you for visiting! 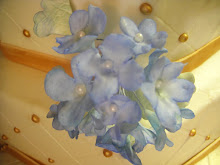